Squatter 2 was just released in the new bookstore. If you’re a customer of the old bookstore who subscribed to the newsletter, check your email. There’s a coupon code being sent out for those making the switch.

It should be released at other retailers and in paperback later this week.

Here are the particulars… 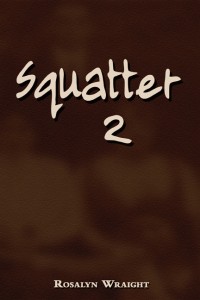 Blurb: After a quiet year in the house she inherited from her aunt, Trinity MacNeil feels as though her life may finally be coming together. Her clairsentience remains in check when she abides by certain self-imposed rules. Her relationship with Maisie Beckett has deepened, and they’re soon to move in together. She has even agreed to let her Uncle Gene and his construction crew renovate the upstairs.

The renovation, however, rouses within the house a very forceful spirit determined to get Trinity’s attention by any means. Who is she? What does she want? And, why is she so desperate?

Refusing to use her clairsentience to solve the mystery, Trinity embarks on a mission to research the house and its past inhabitants. What she learns, though, only enrages the spirit, who violently lashes out at her. Almost too late, she realizes the situation requires the skill she has refused to master.

Can Trinity overcome her fear of going to the membrane, the layer that barely separates the living and the dead, that place where anyone can appear?