Hey, check out Annette Mori’s blog article about the LAC series. Although why my name comes up when discussing the many flaws of Dykes Who Dare is beyond me. (I know. I know.)

Oh, she’s an author, too, so check out her work while you’re there. Support your sisters!

The Aunts Go Marching, Book 22.5, has just been released in the ebookstore. It’ll hit the other retailers on Monday. 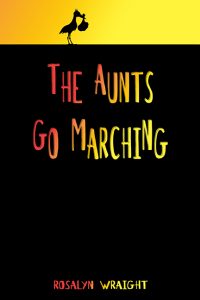 Warning: Author and characters are not responsible for any bad song the title may put in your head. Boom. Boom. Boom.

The author has finished LAC 22.5. It moves on in the process and could be released as early as next week. I will keep you posted.

Bet you have no idea what it’s about.

Like Hell, Lesbian Adventure Club: Book 22 has been released this morning! You can get it here in our bookstore. It will be available at other retailers and in paperback shortly. 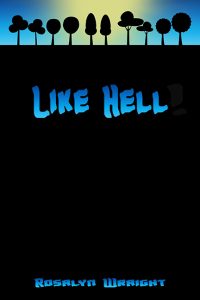 Blurb: It’s a beautiful April day, and the fools are headed to Holly and Laura’s. Wonder what the weekend will be like.

We have a completed first draft! Amen and pass the frickin’ margaritas.

Not at all sure it will make it into print by month’s end, but soon, people, soon. I will keep you posted.

Thank you for your impatience.

“Yeah, what does she keep putting between you?” Holly wanted to know as she elbowed her way to stand inches from Ginny and me.

Immediately, I stopped trying to wrest the shovel from the unhinged Ginny.

Then, Alison said, “You guys, whatever’s causing problems between you, talk about it. Please! Don’t let anything undo what you two have shared for such a long time.”

But, I had talked about it. Does the idiom “blue in the face” mean anything? And, I was, quite honestly, more than willing and prepared to let it go. Ginny, on the other hand, was nowhere near being able to do that. I tried to give her time, but frankly, her attempts to get me to deal with the anger she erroneously believed I carried began to make me angry. That seemed the stupidest thing I could imagine.

“Talk, chickies,” Holly ordered and sat on the ground.

The others plunked down next to her, with the exception of Claudia and Laura, who knew the story and didn’t need to be meddling busybodies, albeit well-meaning ones. Kris knew it, too, so why she landed on the ground in that audience was beyond me.

END_OF_DOCUMENT_TOKEN_TO_BE_REPLACED

Please accept my sincerest apology for the thieving delay. We apparently haven’t been kicking her backside frequently enough.

As we walked back into the field, we generously doled out the crap to Alison for what everyone agreed was a cruel prank. Actually, a few deemed it so cruel that they suggested she be disqualified from competing for the illustrious Bimbo Babe. But, like I said, it was crap. I assumed there were others in the mob who saw it as gutsy—especially for Alison. Plus, she was quick thinking—damn quick. I hadn’t even decided whether I could credibly pull a prank, and there she was, having us all running before the damn trees were even planted.

The trees. Yes, the trees. Let’s see. Where were we?

END_OF_DOCUMENT_TOKEN_TO_BE_REPLACED

Our threat seems to be working. The author is madly filling holes, lest we post them for the world to see. Not at all sure what will happen when we get to the chapters that are nothing but hole. I guess we’ll cross that abyss when we get to it.

As soon as the vegan rejoined the group, Holly held her cellphone as a reporter would a notepad. Her index finger hovered above it. “Okay, tell me what kind of trees you have.”

We had a Winesap and a Golden Delicious, and Claudia wasted no time telling her so. The professors had gone with pears, and the schoolteacher and the vegan had decided on plums. The copycat massage therapist and yoga instructor brought apples, but at least they were unique in their choice of variety. The artist and the detective informed us that they, too, had a Golden Delicious, and a Granny Smith.

Claudia felt compelled to say, “Only Kate’s tree is allowed to cross-pollinate my tree.”

Laura rolled her eyes. “I’ll put up a sign for the bees.”

Then, Claudia evil-eyed the others. “Kindly keep your pear pollen and your plum pollen to yourselves.”

Susan haughtily shook her head as she held her nose high. “My pollen wants nothing to do with your tree.”

“Chickies,” the madly tapping  artist yelled, “it’s a DWD forest. DWD trees do whatever they want to do, and they help their sisters whether they want it or not.” She dropped her phone to her side and looked at Laura. “Okay, babe, do your thing.”

END_OF_DOCUMENT_TOKEN_TO_BE_REPLACED

Following through on our threat…

We spent half an hour chatting and nibbling before the artist and the cop herded us into their living room to “get the show on the road.”

They stood in front of the back door as we overtook the couch and the floor.

“First of all,” Holly began after we settled in, “we’re calling our weekend ‘Arbor Earth Day for April Fools.’”

Laura quickly added, “We thought about adding something to do with taxes and Easter bunnies, but we decided to keep it nondenominational.”

We rolled our eyes as we exchanged the mandatory glances.

END_OF_DOCUMENT_TOKEN_TO_BE_REPLACED

No, we ain’t talkin’ pizza, although we readily could.

I’m talking about someone complaining to asking the powers-that-be about when the next LAC is coming out. The powers-that-be, in turn, struck a match, lit a firecracker, and shoved it up the author’s behind. Can you say ka-frickin’-boom? This, in turn, caused a major rupture in the author’s thick skull, which in turn allowed us finally frickin’ finally to see the light of day and inhale a breath of fresh air. Indeed, we thought we were going to die in here! Thank you ever so much, complainer asker of the domino-nudging question!

Over the past months in this dank place, we have theorized that the Squatter chicks did something to the author’s brain. Just as one of them got trapped in a bathroom, they seemed to have trapped the author somewhere—somewhere far, far away from her reservoir of words, or maybe they drained it. Whatever. But, we have seen her bloody her head, cry, scream, and threaten to jump off her office chair. We’ve watched her slobbishly consume books about writer’s block and burnout, take self-help classes, meditate until her oozing gray matter could have filled a Tibetan singing bowl. We watched her take notes as she scoured the pages of Have I Finally Gone Insane? For Dummies. (I really should check my sources. There could very easily be a book with that title.) She has sloughed off to heal from burnout. She has gone on spiritual retreat to find her writer. She has gone into seclusion. (Need I say because no one could stand to be around her?)

Seriously, is there any worse creature on earth or in mythology than a writer who cannot write? From the characters in her books, a resounding: Oh hell no!

Yet, she has written, just not consistently, and certainly not without agony. In fact, she has most of LAC 22 written, half of 22.5, and even the beginning of 23. (There’s other stuff, too, that has nothing to do with us, so I won’t mention it.)

So… Now, that the Dykes Who Dare can breath again, we realize we have to do something. As you can imagine, our entire existence depends upon doing something. We have an idea.

(Let it be stated that while we are issuing the following threat, I am just stuck doing the dirty work.)

Roz, finish LAC 22, or Kate will steal and post every single word you have written: typos, grammatical errors, holes, warts and all—the stuff that would make our professor of English gasp. In other words, write it or risk public humiliation and the scorn of Ginny.

Spring had finally frickin’ sprung in Granton, which seemed a stupid thing to realize since we had just left its city limits. Okay, to be precise then: Spring had sprung in Granton and its rural outskirts. In fact, the weather guy promised a balmy sixty-five degrees on this mid-April day, and I figured that amounted to a death-blow to a winter that had stayed on its feet far too frickin’ long. I was so ready for spring.

We were on our way to Holly and Laura’s for a Lesbian Adventure Club weekend, and I could not have been more excited. I know: I probably should’ve been afraid of what they had in store for us, but frankly, I really didn’t care. As I just said, spring had sprung, and every tick of the odometer meant I had been sprung, too: from winter, the city, the rat race, school—everything. I just wanted to breathe, kick back, and forget everything. Determined to do just that, I rolled down the passenger window and stuck out my head.
END_OF_DOCUMENT_TOKEN_TO_BE_REPLACED